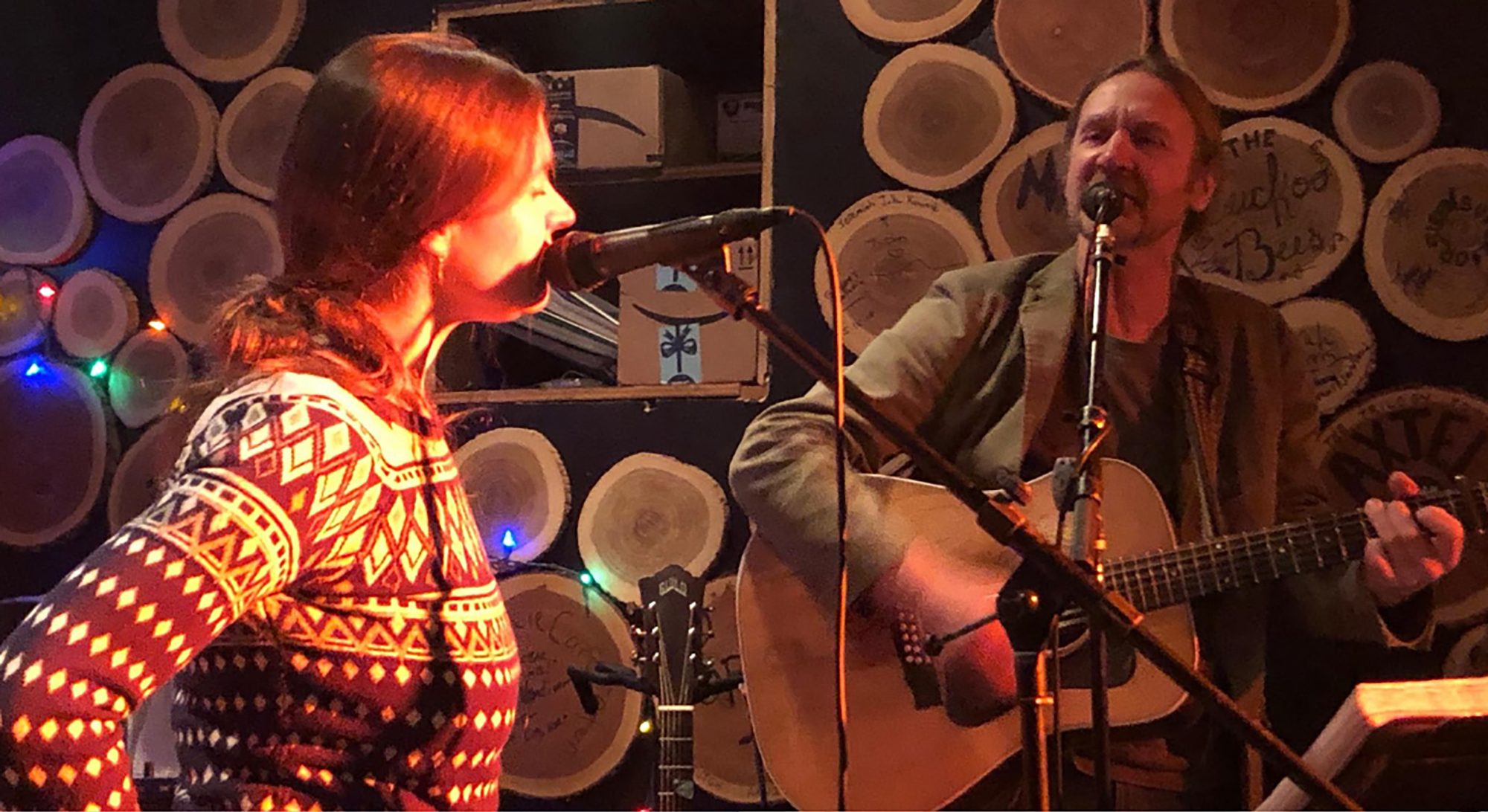 PDF Version of the GMMC Newsletter

It’s hard to believe that we are now entering our 3rd year of hosting the Stars of the North Music Festival.

A big thanks to all of our volunteers and contributors!

All proceeds from this music festival benefit the Stars of the North Youth Music Program.

2018’s Stars of the North Music Festival took place over the last weekend of July in the downtown park next to the harbor in Grand Marais, and by all accounts was a success. We attracted great crowds, the music was fantastic, the weather cooperated (for the most part) and, most importantly, we were able to showcase our young student musicians who composed some of their own original compositions. They were well received by the audience of locals, tourists and well wishers.

Following this success, the group also performed at WTIP’s Radio Waves Music Festival. We will continue to work with these students in 2019 along with some new arrivals as our enrollment gradually increases.

Grand Marais’ next crop of talented musicians is well on their way to mastering their instruments and mastering the stage.

There are many supporters to thank for their contributions, including all the local businesses who donated to our raffle, and of course all the people who purchased raffle tickets. We would also like to thank all the individual donations from our supporters. In addition, we are extremely grateful for the donations of musical instruments from John Anderson Estate that were brought to us by Mary Somnis. Thank you!

This year’s (2019) Stars of the North Music Festival will once again feature fantastic local talent, and we are also trying to import some more distant talent in hopes that we can create opportunities for all who participate to network with others and share their knowledge.

If you think you may be interested in donating lodging for visiting musicians, please let us know.
It makes it much more possible to bring in an out of town act if lodging is not an expense.

We are deeply grateful for the following organizations for their grants in 2018:

Beginning in 2018 Karina became instrumental with organizing our lesson program. Karina brings student’s and instructor’s schedules together with mutually agreed upon locations so that learning can occur.

The GMMC Welcomes two new beginner trumpet students to the program, Lola Rohl from GES, and Juniper Cefalu. They are currently studying with mentor Chris Gillis.

Someday soon they will accompany our other experienced players on the stage, like Jack Willis.

Our vocalist and composer, Greta Roth performs in many of the plays at the GM Playhouse, and our star pianist, Danny Berka, is working on a new composition with Chris Gillis to be performed this summer at our Stars of the North Music Festival.

Stars of the North: In Detail, a letter from Board Chair Todd Miller

The 2nd annual Stars of the North Music Festival was a great success this year, with many local performers, including area youth who were part of the Grand Marais Music Collaborative’s music program this past year. These included Greta Roth, Danny Berka, and Jack Willis performing an original composition called “Home”. Danny also performed solo on piano.

The event began Friday at 3:00 and finished at 10:00 with acoustic music. On Saturday music began at 10:00 with Jazz, and was mostly duos and solo artists, but was rained out that afternoon and carried on indoors at Grandma Rays.

Bands then played indoors for many hours, mixing and mingling and creating new combinations of musicians, collaborating in ways that had not occurred before. Sunday brought the ‘Rockin’ Gospel Hour’ in the morning and finished around 12:00 noon after fantastic performances from area musicians and our youth. The result is that we netted after all these expenses approximately $1,000.

The festival does not charge admission and is open to the public. All proceeds come from direct donations, raffle ticket sales, and T-shirt sales. A small, mostly local music festival like this has a long road ahead of it if the intention is purely to raise money, instead the real benefit is in building public awareness and providing the opportunity for local youth and area musicians to perform in a professional setting to a great audience, on a beautiful weekend in their hometown.

We received many generous donations from area businesses that were raffled off and we sold approximately 600 raffle tickets, and approximately 65 T-shirts. Performers and stage personal were paid, and many volunteers were involved.

The Collaborative provided porta-potties that were used by concert goers and the general public alike. Grandma Rays operated a beer and wine garden, the park provided their blue tent, and there was a food truck that reported a brisk business.

The GMMC extend their thanks to the Grand Marais Lions Club, the City of Grand Marais, Grandma Rays, Bob Lametry, the Putnam family, the GMMC board of directors, and the many local businesses that provided all the raffle prizes.

Non-profit weekend festivals require a tremendous amount of human capital and volunteerism, so it’s vital that we guard all aspects of the experience and prevent any unnecessary expenses or effort. This festival is the center of our yearly schedule of activities, it creates energy for area musicians and area youth and an opportunity to bring the community together and see their sons and daughters on a great stage in a great place on a great weekend.